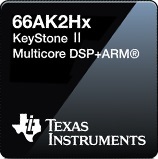 The SI-66AK2xxDSP from Sheldon Instruments is a C programmable ARM plus Digital Signal Processor (DSP) card designed for low power environments that require intensive computing in a cost sensitive solution.

The 66AK2xDSP-PCIe is a Small Form Factor (SFF) family of Commercial Off the Shelf (COTS) cards featuring the powerful Keystone II 66AK2xx ARM plus DSPs from Texas Instruments. The TI 66AK2xx devices are multicore ARM + DSP System on Chip (SoC), conveniently programmed using the C language. There are separate ARM and DSP subsections, with the ARM subsection consisting of two to four A15 cores clocked at 1.4GHz for a maximum of 192,000 MIPS, and with the DSP subsection consisting of four to eight C667x CorePacs clocked at 1.2GHz for a maximum of 352 GMAC performance. All of this is attained at a mere 14 watts of power consumption while most processors of this caliber are in the 60W range.

High Speed Serial Interfaces: GbE, PCIe, & SRIO
There are multiple high speed interfaces, with each capable of moving large amounts of data. The Gigabit Ethernet interface can take advantage of the on-chip Network Co-processor to offload most of the packet processing, thereby enabling full bandwidth utilization and freeing up the ARM+DSPs to perform the computations for which they were designed. A PCIe x2 Gen 2.0 interface provides connectivity to a system backplane or Thunderbolt cable, and the flexible SRIO 2.1 x4 5Gbps interface can be connected to either an optional FPGA or other external peripherals. Separately, the 66AK2H14 also features a 10 Gigabit Ethernet switch subsystem.

Hardware Expansion with FPGA & FMC
The optional Altera Cyclone V FPGA includes SI’s proprietary IP layer that transparently translates SRIO so the FPGA may be used as an extra processing resource, as well as an expansion bridge to either an FPGA Mezzanine Card (FMC), or a legacy style parallel expansion bus – ideal for those who prefer to leverage a wide array of 3rd party FMC modules, their own custom hardware or simply update legacy designs with minimal effort.

Options
Upgrade options for the SI-66AK2xxDSP include various core and memory configurations, nonvolatile storage, and either commercial or expanded temperature ranges. A full line of software development tools are available from Sheldon Instruments and TI for Windows and Linux platforms. 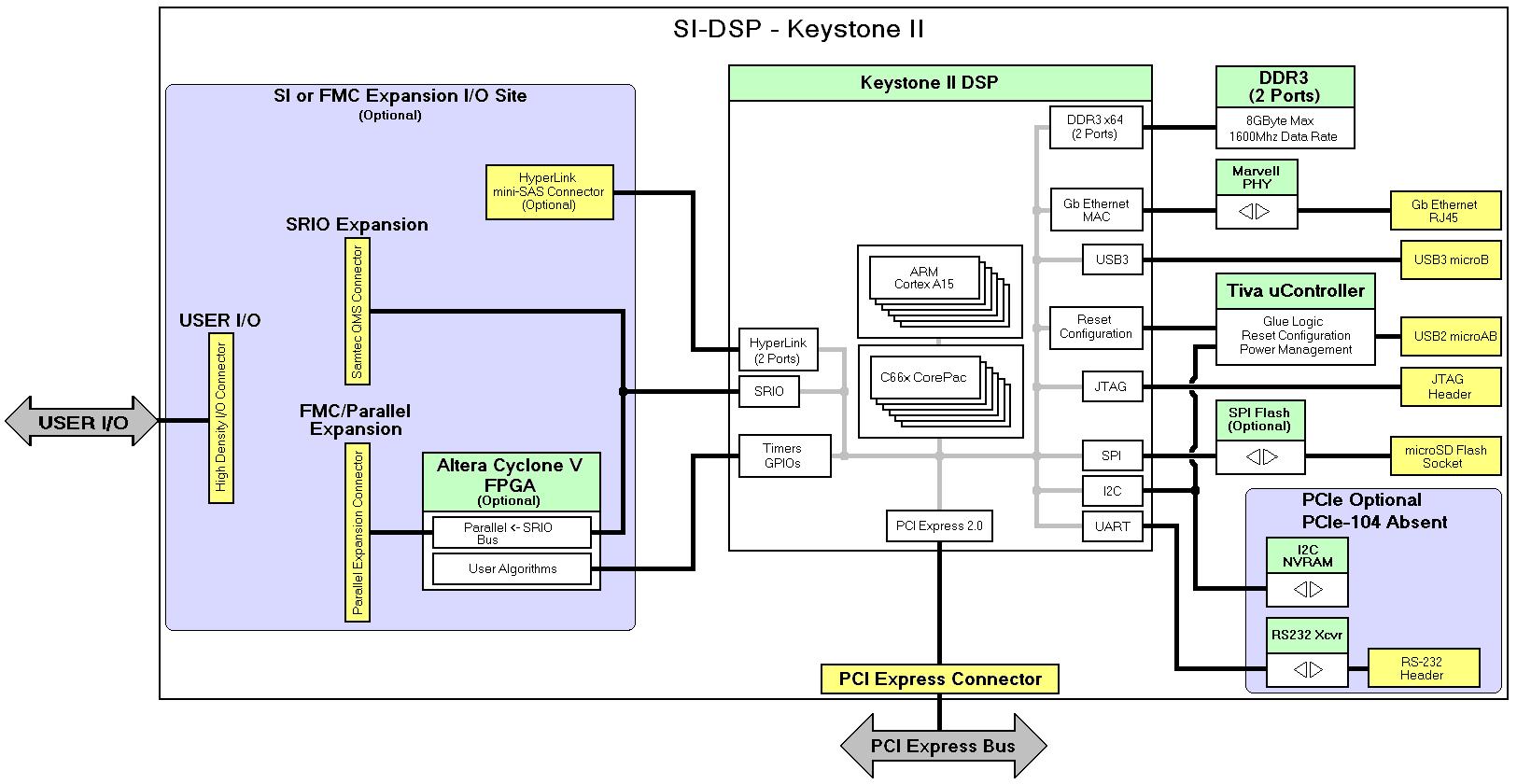 The SI-66AKH2xDSP is available with extensive development tools from Sheldon Instruments and TI for both the host PC side as well as the DSP side.

Host Side Tools
For the host PC side, Sheldon Instruments provides Windows/Linux 32/64 bit drivers, along with comprehensive sample application projects, with easy to use API libraries and related source code. The sample projects will be supplied as a command line utility, with a companion Qt GUI version. Its functionality includes:

DSP Side Tools
For the DSP side, TI tools include Code Composer Studio Integrated Development Environment (CCS), and the Multicore Software Development Kit (MCSDK) that includes the Board Support Package (BSP), Chip Support Library (CSL), Network Development Kit (NDK), and Sys/Bios. Sheldon Instruments provides various TI CCS projects for the DSP, both compiled versions for quick loading with the host side sample program, along with complete projects and related source code. These DSP projects include:

There is important information for developers available from Texas Instrument’s website.