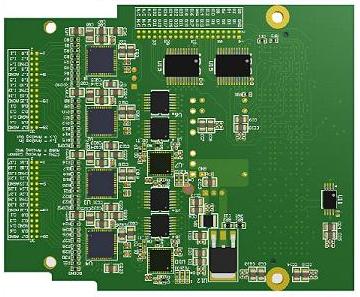 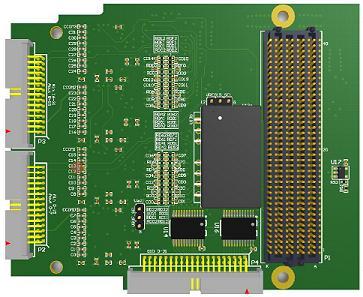 The SI-MOD32xx is a family of high resolution, FMC form factor, high channel count multi function data acquisition and control modules that plug into any SI-DSP or FPGA carrier card.

Analog Inputs
Each card features up to four (4) parallel ADC circuits, each with up to 8SE/4DE analog input channels where the total count may add up to 8SE/4DE, 16SE/8DE or 32SE/16DE. Each ADC circuit is comprised of its own multiplexer, programmable gain instrumentation amplifier and ADC. Up to four (4) distinct channels, one from each circuit, can be simultaneously sampled. Each ADC’s resolution is 16 bits with sampling rates ranging from 0hz to 1Mhz. The maximum high impedance bipolar input voltage level is ±24.576Vp, with seven (7) gain values ranging from 0.16 to 6.4, along with a 482Khz 1-pole lowpass smoothing filter. The ADCs are based on a Successive Approximation architecture, which makes them ideal for control applications. Each input’s termination can be individually programmed for single or differential ended operation, thereby not limiting you to an all-or-nothing configuration.

Analog Outputs
There’s the option of two (2) parallel DAC circuits with eight (8) analog outputs each, where the total count may add up to sixteen (16) channels. The DAC resolution is 16 bits, and can update at rates up to 250khz per channel. The outputs are programmable as either unipolar with ranges of 0V-2.5Vp, 0V-5Vp, or 0V-10Vp, or bipolar with ranges of ±5Vpp or ±10Vpp.

Digitally Controlled Calibration
An on board 32KByte EEPROM contains the offset and gain errors which are loaded into the DSP or FPGA and used to implement real time digital calibration on all analog I/O.

FMC Interface
The FMC Low Pin Count (LPC) interface is all that is necessary when only the analog IO circuitry is required. However, the FMC High Pin Count (HPC) interface is necessary if the digital IO circuitry is required. The industry standard FMC interface allows for maximum flexibility for clocking and control, with 2.5V-3.3V LVCMOS signal levels to interface to all ADCs, DACs, and digital IO buffers. 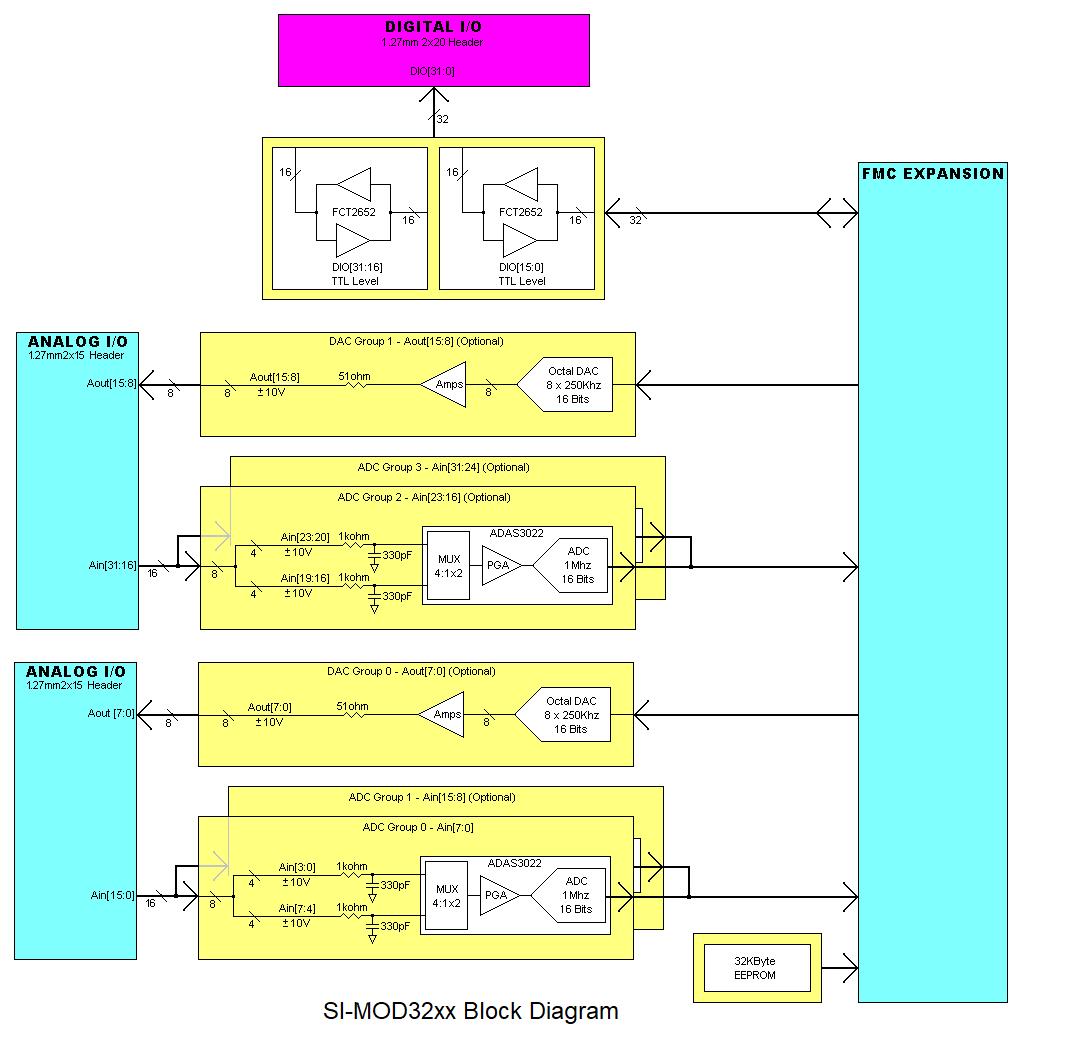 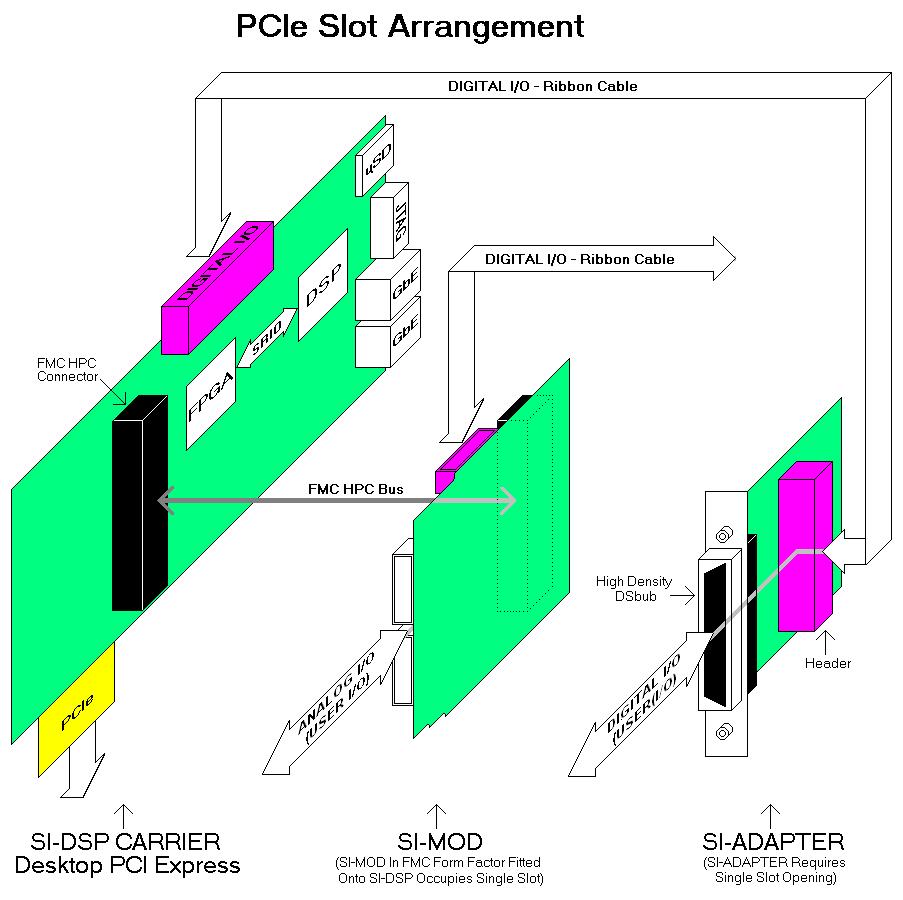 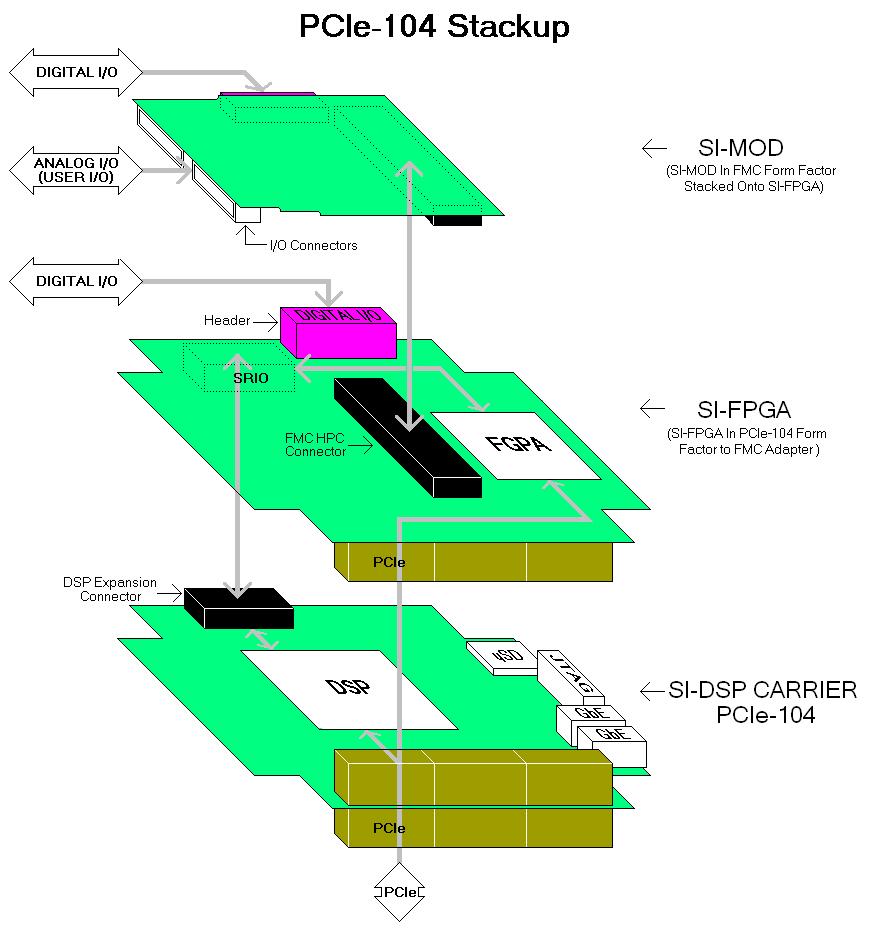 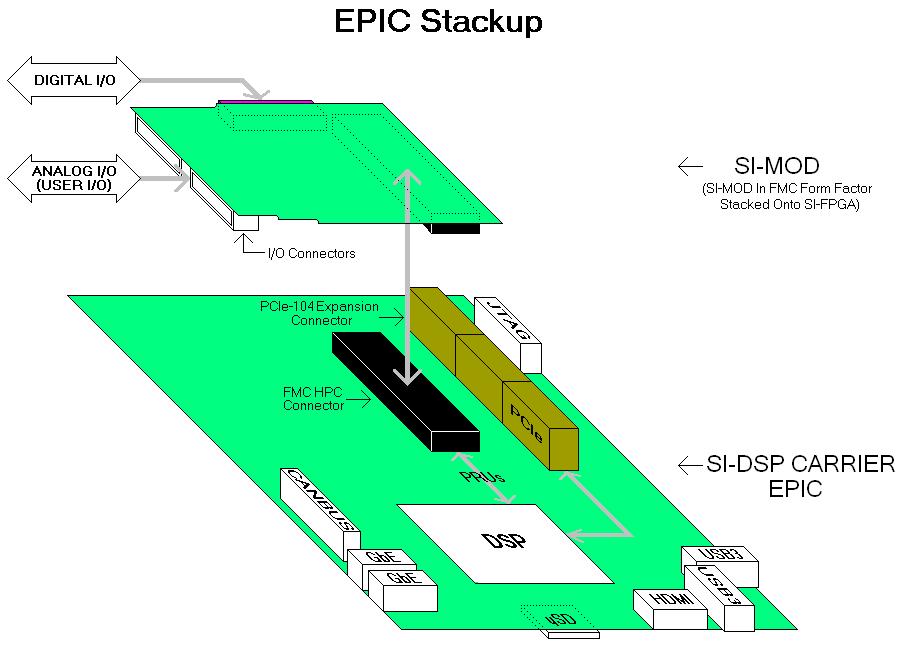 All functions for the SI-MOD32xx are fully programmable via the HPC interface, with support files for Altera or Xilinx FPGAs (Lattice supplied upon request).

For more detailed documentation, check out the SI-MOD32xx Wiki Homepage